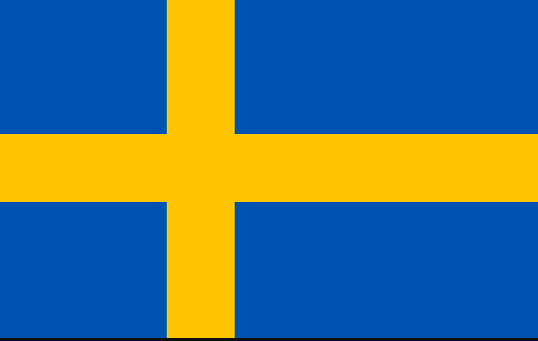 The world is currently experiencing an unprecedented epidemic. Many countries have closed all non-essential businesses, and people have been encouraged or even forced to stay at home. These policies have been adopted in many different states, from developed democracies, to undeveloped authoritarian governments. Sweden, however, has not enacted shelter in place orders and their society is largely operating like normal. Only vulnerable populations are being encouraged to stay at home. Restaurants, bars, schools, and businesses are still open. Meanwhile, doctors and experts have largely advised against the relaxed response from the Swedish government and warned of the potential catastrophic effects (Time).

The lack of counter-measures has already resulted in negative effects. Sweden has a COVID-19 mortality rate of over seven percent, which is significantly higher than that of the United States (3.21 percent) or Norway (1.46 percent). The purpose behind Sweden’s strategy is they are attempting to create a “herd immunity,” in which they allow the virus to spread throughout the population. This has been criticized by numerous health officials as this strategy is likely to overwhelm a country’s healthcare system. Sweden has the second lowest number of critical care beds in Europe, with only 5 beds per 100,000 people (Time). Additionally, 2,300 doctors recently signed an open letter to the Swedish government pleading that they enact stricter measures, or risk overwhelming the healthcare system.

Sweden’s lax response to the coronavirus outbreak is a human rights concern. The country is putting its citizen’s health at an unnecessary risk, violating a person’s right to life, which is outlined in Article Six of the International Covenant on Civil and Political Rights (ICCPR). By not listening to the advice of experts, Sweden is gambling with the lives of its citizens. It appears likely that if these lax measures continue, Sweden will have many preventable deaths on its hands. Further, Article 25 of the UNHCR says that people have the right to medical care, which will likely become infringed upon due to an overwhelmed healthcare system. A Swedish doctor said that the country will likely experience a “historical massacre,” which will in large part be due to a lack of medical capabilities to deal with the crisis (Time).

This situation provides an interesting similarity to the development-rights tradeoff that many developing countries undertake (Donnelly). The premise of this tradeoff is that developing countries are willing to sacrifice certain components of their society, including political liberties or relative equality in order to generate economic growth. The rationale for this tradeoff is that this economic development is necessary to push the society forward, and eventually the society will reach a point where its citizens will again become more equal or regain their political liberties (Donnelly). Sweden is essentially doing the same thing. By not taking the tough position and requiring non-essential businesses to close, Sweden is putting the health of its economy above the health of its own citizens. Instead of sacrificing human rights for development, however, they are sacrificing rights to maintain their current economy. This decision puts millions of people at risk of contracting COVID-19, and this decision disproportionately effects marginalized communities (Time).

Due to the global nature of the coronavirus, Sweden is also putting the rest of the world at risk. While most countries have banned non-essential travel across borders, there are many workers still need to go from country to country. Swedes who enter other countries are putting the citizens of that country at risk as well. The decisions of the Swedish government have international ramifications. Much like the delayed response by China to the initial outbreak, irresponsible policies by Sweden risks not only their domestic security, but that of the entire world.

If Sweden does not enact strict stay at home and social distancing orders in the immediate future, it is likely that the situation will become uncontrollable. While not everything is known about the novel coronavirus, a few things are clear. First, it is highly contagious, and even those without symptoms can pass the virus onto other. Second, symptoms generally do not appear until about five days after initial exposure, leaving many unaware of whether or not they have and can transmit the virus. And third, the rate at which the virus spreads is exponential unless extreme social distancing measures are undertaken. Countries from the United States to Italy have experienced shortages of necessary equipment, doctors, hospital beds, and necessary PPE to care for their sick people. Both countries also undertook social distancing and stay at home orders much earlier in the process than Sweden. These next few weeks and months could become catastrophic for the Swedish healthcare system, and the country as a whole.

Sweden has long held a strong human rights record, possessed an exceptional healthcare system, and has been one of the most pragmatic countries in the world. Because of this, the Swedish people have a lot of trust in their government, and polling shows many of its citizens are unalarmed by the relaxed response of the Swedish government. Unfortunately, it appears likely that Sweden will be on the wrong end of history in their dealing with the coronavirus. Most experts have strongly disagreed with the response of the government and have projected a massive amount of deaths due in large part to the lack of response by the Swedish government. If these unfortunate projections come to fruition, it will be interesting to see how the Swedish people react (Time). Will trust in their government remain, or will it subside? Another interesting component will be the reaction of other countries to Sweden. Will states come to Sweden’s rescue if the situation gets out of hand, or will they be too focused on their own domestic issues? It is likely we will see an answer to these questions within the next few months. Let us hope that the Swedish government knows something that the rest of us do not, and contrary to popular opinion, has the situation under control.